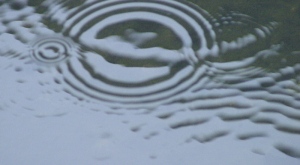 This is getting easier. It’s still HARD, but it’s getting easier. Also I remembered to start the day with sound coping mechanisms rather than waiting until everything wasn’t working later. Today’s soundscape is a mix of Binaural Harmonies, Singing Bowls (man I love these), and Subaquatic Dream set to Ocean Waves (cause I really REALLY don’t find scuba sounds or dolphins very calming. I don’t think, “Dolphins, how sweet and beautiful” I think, “Oh crap, get out of the water before they start harassing the humans!” Don’t even get me started on how people who make meditation tapes think that the sounds of seagulls are soothing. I have to assume they live in a landlocked area.)

I am a huge believer in balance. So a good portion of my two weeks will be spent in finding a greater sense of personal balance without the influence of Twitter. My hope is that when I go back to it, I will be able to extend that balance to using Twitter as well, but let’s get over this bridge first.

3 (of many) Things I Am Grateful For Today:

1. My Dogs – who show me what love and living in the moment is all about

2. My Museum Job – which is interesting and flexible

3. Living in a Beautiful Place  (hey guess what the sun is out today!)

I’m toying with composing a particular short story via voice recognition on my tablet. It is working simultaneously better than I would have thought, and mindbogglingly frustrating. I do NOT use the same parts of my brain to compose verbal sounds as I do to compose written words. That’s somewhat useful for this story as I’m trying to write from a very young POV… but ugh I just… I just want to write it RIGHT! Also, it turns out voice recognition censors swear words, which is really irritating to me. I swear a lot more out-loud than I ever do in text. I also have nominal aphasia where I forget the words for things much more frequently while speaking than I ever do writing or typing. I makes composing in this fashion a frustrating exercise even before I am Slowly. And. Carefully. Enunciating. Words. In. An. Irritated. Voice. Because. Voice. Recognition. Has. Just. Interpreted. “Bears” as “Virgins.” Really, fiction should have characters getting annoyed with voice recognition systems more frequently than we do. Even the good ones have weird foibles.

Neato Science Thingy: Making ancient patterns on seashells visible with black light. OH EM GEE. THIS IS SO COOL AND I WONDER IF IT WORKS ON NOT ANCIENT ONES TOO?! Just the ones bleached by sun and waves, or if the shells have to be fossilized for it to work.

Random Thing: One of the things I like to do to help bring into focus what I already know are fortune telling techniques. Your mind seeks patterns and meaning and will suddenly make conscious connections in your universe. A super easy tool for doing this is the website Facade. It has Tarot, Runes, I Ching, and others with lots of different options or it will randomly choose options for you. Try it, you might find your mind knows things you didn’t know you already knew.

Posted in Uncategorized
Sign up for Minerva's newsletter - Letters From Nowhere